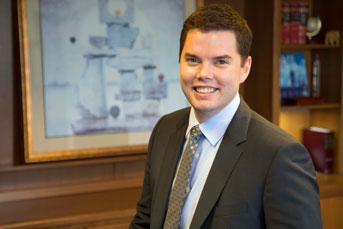 Alex Fern graduated with honors from Gonzaga University School of Law before joining the firm as an Associate in August 2015. While in law school, Alex received the ‘best litigator’ distinction by a panel of respected attorneys during the final competition of his Trial Advocacy course. He also worked as a Law Clerk for a former city attorney and participated in advising municipalities on a wide variety of legal issues.

Prior to attending law school at Gonzaga, Alex graduated with honors from Whitworth University, where he received a B.A. degree in Political Science with an emphasis on local government.