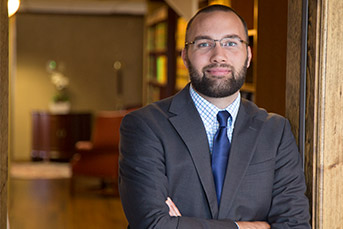 Jon Dalley joined the firm as an Associate in August 2016.  Jon received the Lawless Memorial Scholarship (first in his class after his first year).  He finished second overall in his 2016 graduating law school class where he was also a member of the 2015-2016 National Appellate Advocacy Competition team.

During law school, Jon received the CALI Award (given to those who earn the highest grade in each course) in eleven classes: Torts, Civil Procedure, Litigation Skills and Professionalism Lab, Legal Research & Writing I, II, and IV, Contracts, Perspectives on the Law, Transactional Skills and Professionalism Lab, Constitutional Law I, and Evidence.

Jon received his undergraduate degree in Philosophy from Idaho State University, where he ran track for two seasons.